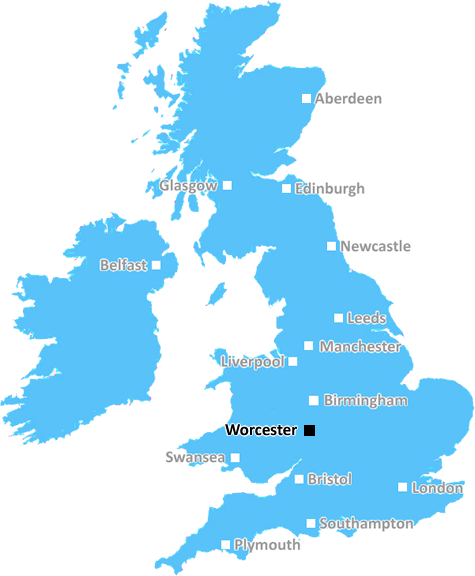 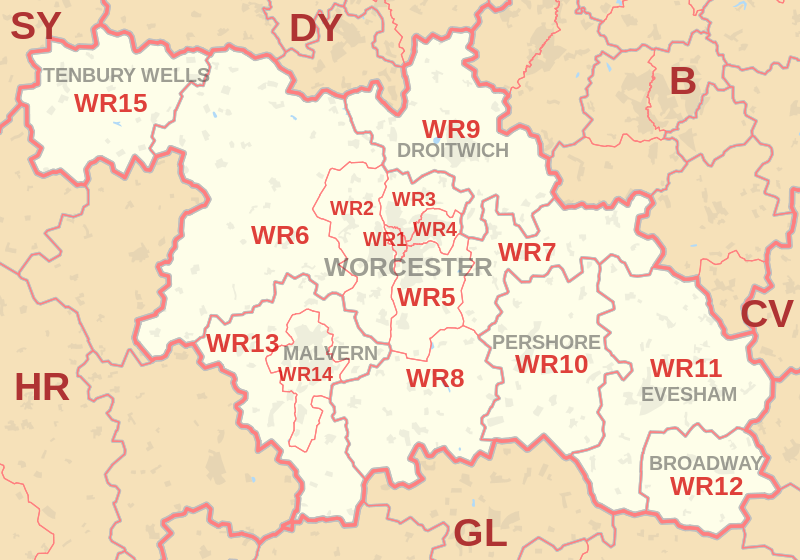 Each 'outward' postcode give you a comprehensive list of all postcodes within the outward code area (WR) and estimated address. 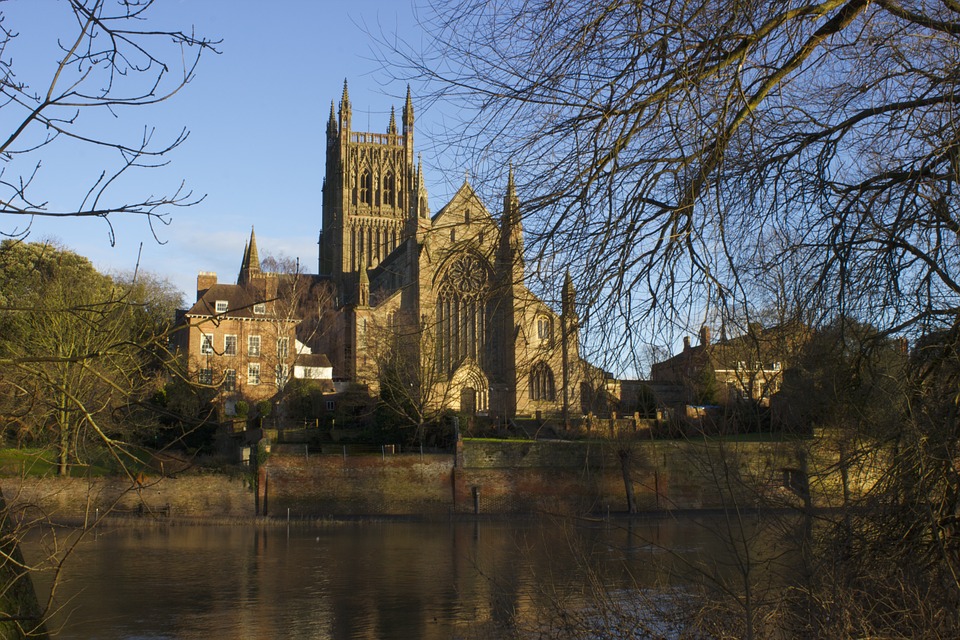 The majestic city of Worcester dominates the county of Worcestershire and rightly so for it is a stunning city worthy of the attention. Worcestershire sits in the heart of England and though it is industrial in the north, the southern and central sections of the county also offer some beautiful and charmingly rural places to visit.

Anyone coming to Worcestershire should take the time to visit the Malvern Hills, often described as a miniature mountain range. Used by Mallory to train for his Everest expedition, the eight-mile ridge contains some of the oldest rocks in the UK, a craggy jagged outline looking out on the rest of the county.

With over 4500 acres of open countryside to explore and endless trails for hiking and biking, riding and running, they are a true natural wonder, from their steep wooded slopes to their highest point of Worcestershire Beacon.

Other sites worth visiting in the countryside of Worcestershire include Tenbury Wells, known as the 'town in an orchard' because of its location in the fertile fruit and hops growing valley of the River Teme, the gorgeous and fertile Vale of Evesham, and the Wyre Forest, an ancient medieval hunting forest which now offers miles and miles of attractive woodland walks.

For a different perspective, take the Severn Valley Railway through the glorious countryside between Bridgenorth and Kiddermister.

Other highlights include Bewdley, an elegant town with beautiful old Georgian architecture and Thomas Telford's wonderful old stone bridge across the Severn, Stourport and its canals, Pershore on the Avon with a Norman Abbey and lantern tower built in the 1300's; and of course the city of Worcester itself, the county town and cathedral city, home to Royal Worcester Porcelain, the Dyson Perrins Museum, Worcester Racecourse , the Elgar Birthplace Museum and the magnificent 11th century Worcester Cathedral. A fantastic city and delightful county.

The Worcester postcode region (WR) contains 15 unique 'outward' codes. Worcester is the main postal town/district for this region, with all postcodes starting with the following outward codes.

There's plenty of local information, guides and useful data to browse and explore, whether you're a Worcester resident or a visitor to the area.

Scroll down to discover all you need to know about the Worcester postcode area.

Wild berries, steamed pear and local spring water have been used to create the instrument.

Sarah Glenn has suffered social media abuse for being England's 'Glamour' - now she wants to prove that playing cricket is not a barrier to being true to yourself.

She sustains "significant" injuries in the crash in Chaddesley Corbett, Worcestershire.

The oldest bell at St. Michael's and All Angels in the tiny village of Dewsall dates from 1324.

Driver hit by lorry on M5 in Worcestershire remains critical

The driver of a lorry which hit a man after he stopped on the hard shoulder is arrested.

Triple European champions Toulon score four tries - including one from Cornell Du Preez - to ease to victory at Worcester.

The players say they are struggling to communicate with family in Tonga since the tsunami hit.