What's in a postcode?

Discover everything you need to know about your postcode area.

With 1.8 million postcodes covering the length and breadth of the UK, postcodes play an important role in our day-to-day lives.

First launched in 1974 after a successful 15-year trial in London, the roll-out of postcodes extended rapidly across the rest of the country, and are now the primary way of identifying a neighbourhood.

The humble postcode was found to be the best way of pinpointing a small group of houses or buildings. So successful, that the postcode HD7 5UZ in Huddersfield covers just seven streets; more than any other postcode in the UK.

Although postal mail is in decline, due to electronic deliveries, more than 50 million items pass through Royal Mail's sorting offices and delivered to postcodes each day.

Each postcode is unique

Each of the 1.8 million postcodes that make up the UK contain a diverse mix of people, amenities, demographics, properties and environment.

At PostcodeArea we've spent almost ten years breaking down our postcodes into useful information that people can benefit from. From house prices to crime rates, local amenities to school reports, our aim is to bring you a reliable overview of each postcode.

It's a mammoth task, and not one that's been easy. The vast databases behind Postcode Area have grown to more than 50 million items of information, from Census 2011 data, Ofsted, local government datasets, and third-party sources such as BritEvents, Traffic-Update.co.uk, Highways England and a whole lot more.

You might find the information helpful if you're moving home, are researching an area for marketing purposes, or are just plain nosey and want to find out about a particular neighbourhood.

However you use Postcode Area, we hope that you find it a valuable source of information about our amazing postcodes. 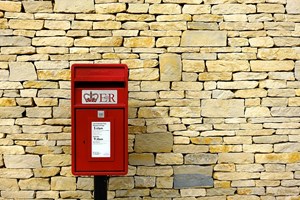 To browse for a postcode, first click on the Outward Code, where you will be able to refine your search.

Alternatively, use the search bar at the top of the page to go straight to a particular individual postcode.

Finally, you can use our list of the Royal Mail Postal Towns to locate a postcode.