The DN33 postcode area is located in the Doncaster postcode town region, within the county of Lincolnshire, and contains a total of 595 individual postcodes.

Combining the whole postcode region, 14% of people in DN33 are classed as having an AB social grade, (i.e. 'white-collar' middle-upper class), compared to 27% across the UK.

This does not mean that the people of DN33 are poorer than other areas, but it may give an indication that there are areas of deprivation.

15% of people in DN33 are either unemployed or full time students. The average UK unemployment rate is currently 4%.

According to census records, 14% of people here have a social grade of AB (highest), compared to the national average of 27%.

DN33 is located in the county of Lincolnshire, in England.

Lincolnshire has a total population of 1,073,300, making it the 18th largest county in the UK.

Lincolnshire has a total area of 2693 square miles, and a population density of 153 people per square kilometre. For comparison, Greater London has a density of 5,618 people/km2. 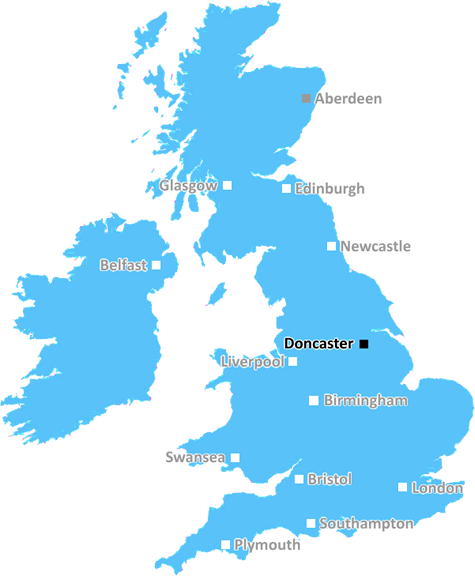 The postal region of DN33, includes the local towns, villages, electoral wards and stations of:

Dig even deeper into the DN33 postcode by clicking on a postcode below:

Click on an outward postal code below for more information about the area. Each 'outward' postcode give you a comprehensive list of all postcodes within the outward code area (DN) and estimated address.

Add your view of DN33

People need your local expertise. If you live in DN33 or have first-hand knowledge of the neighbourhood, please consider sharing your views. It's completely anonymous - all we ask is for your initials.

Midlands Connect, the partnership tasked with developing a transport blueprint to unlock economic growth and jobs, today (January 28) welcomed new legislation that could see it given formal powers ove…

'Heroin took everything from me. It took away my humanity'

The latest edition of the EMC HR Bulletin is now available here.  The October Bulletin covers;Darren Newman’s article – an in-depth analysis of a topical HR issue and its impl…

Following last week’s announcement by Government that electrification of the Midland Mainline will be ‘paused’, EMC and partners have drafted a letter to the Secretary of State for T…

The Government has announced that there will be an additional bank holiday to celebrate Her Majesty The Queen’s Diamond Jubilee.  Circular NJC Diamond Jubilee 2012

Everyone at EMC would like to express their sincere condolences on hearing the very sad news of the death of Councillor Ernie White.  Ernie was a hardworking, dedicated and respected councillor, …