The CT15 postcode area is located in the Canterbury postcode town region, within the county of Kent, and contains a total of 677 individual postcodes.

Combining the whole postcode region, 21% of people in CT15 are classed as having an AB social grade, (i.e. 'white-collar' middle-upper class), compared to 27% across the UK.

This does not mean that the people of CT15 are poorer than other areas, but it may give an indication that there are areas of deprivation.

11% of people in CT15 are either unemployed or full time students. The average UK unemployment rate is currently 4%.

According to census records, 21% of people here have a social grade of AB (highest), compared to the national average of 27%.

CT15 is located in the county of Kent, in England.

Kent has a total area of 1443 square miles, and a population density of 486 people per square kilometre. For comparison, Greater London has a density of 5,618 people/km2. 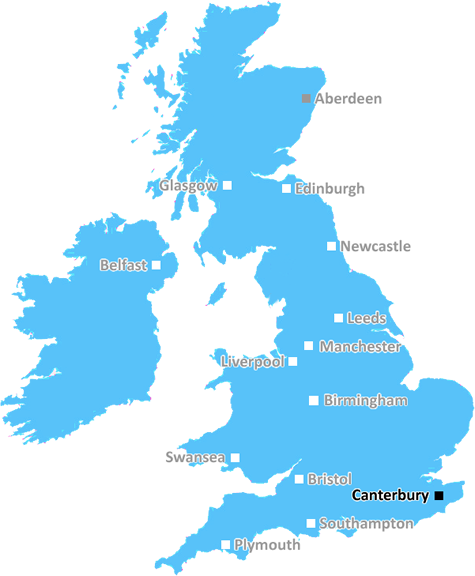 The postal region of CT15, includes the local towns, villages, electoral wards and stations of:

Dig even deeper into the CT15 postcode by clicking on a postcode below:

Click on an outward postal code below for more information about the area. Each 'outward' postcode give you a comprehensive list of all postcodes within the outward code area (CT) and estimated address.

Add your view of CT15

People need your local expertise. If you live in CT15 or have first-hand knowledge of the neighbourhood, please consider sharing your views. It's completely anonymous - all we ask is for your initials.

US buyer swoops on 60m trio of Guildford offices

CIM Group has gone under offer to buy Cathedral Square, a trio of office buildings in Guildford,Property Weekcan reveal.

Digger destroyed after blaze at farm

Dramatic video footage shows flames and smoke billowing from a digger on a farm.

An industrial park in Eastbourne has been fully let and has set a new rental high for the area, according to the letting agent.

Nearly 20,000 sq ft of new officespace has hit the market at 69 Park Lane in Croydon.

This is the moment officers broke down the door of a flat and arrested five people in connection with suspected county lines drug dealing.

US real estate investor is poised to snap up Cathedral Square for circa 60m.

Campaigners fail to halt the 27bn project, which includes plans for a tunnel at Stonehenge.