The CV35 postcode area is located in the Coventry postcode town region, within the county of Warwickshire, and contains a total of 1133 individual postcodes.

There are 157 electoral wards in the CV35 postcode area, including Atherstone, Bedworth, Coventry, Kenilworth, Leamington Spa, Nuneaton, Rugby, Shipston-On-Stour, Southam, Stratford-Upon-Avon, Warwick which come under the local authority of the Stratford-on-Avon Council.

Combining the whole postcode region, 37% of people in CV35 are classed as having an AB social grade, (i.e. 'white-collar' middle-upper class), compared to 27% across the UK.

This does not mean that the people of CV35 are wealthier - or higher class - than average, but it can be an indication that the area may be prospering and desirable to live in.

8% of people in CV35 are either unemployed or full time students. The average UK unemployment rate is currently 4%.

According to census records, 37% of people here have a social grade of AB (highest), compared to the national average of 27%.

CV35 is located in the county of Warwickshire, in England.

Warwickshire has a total population of 556,800, making it the 39th largest county in the UK.

Warwickshire has a total area of 763 square miles, and a population density of 281 people per square kilometre. For comparison, Greater London has a density of 5,618 people/km2. 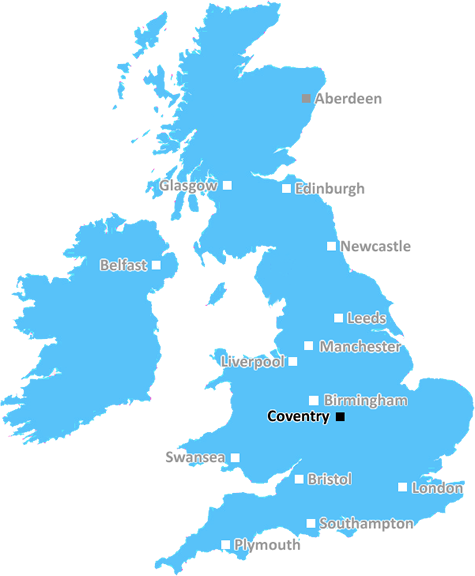 The postal region of CV35, includes the local towns, villages, electoral wards and stations of:

Dig even deeper into the CV35 postcode by clicking on a postcode below:

Click on an outward postal code below for more information about the area. Each 'outward' postcode give you a comprehensive list of all postcodes within the outward code area (CV) and estimated address.

Add your view of CV35

People need your local expertise. If you live in CV35 or have first-hand knowledge of the neighbourhood, please consider sharing your views. It's completely anonymous - all we ask is for your initials.

Coronavirus UK map: How many confirmed cases are there in your area?

Key graphics explaining how coronavirus has spread in the UK and the government's response.

Coronavirus: What are social distancing and lockdown rules?

Social distancing and lockdown rules are changing in England - but what can you now do?

Small businesses in Warwick district impacted by the COVID-19 pandemic are being urged to apply for a discretionary business grant scheme ahead of Monday's closing date.

Coronavirus: Where can I now go on holiday in the UK?

Where can I go and what can do on a holiday in the UK?

Chris Green: Birmingham Bears move called off because of coronavirus

Australian spinner Chris Green will not be joining Birmingham Bears for the T20 Blast because of the coronavirus pandemic.

Residents have once more come forward in their thousands to give their views on the future of Newbold Comyn, and the latest plans for Tach Brook Country Park.

Along with Everyone Active we have been preparing for the safe reopening of the district's leisure centres and swimming pools in the anticipation that government restrictions will be lifted soon.