The YO41 postcode area is located in the York postcode town region, within the county of Yorkshire, and contains a total of 479 individual postcodes.

There are 54 electoral wards in the YO41 postcode area, including Bridlington, Driffield, Filey, Malton, Pickering, Scarborough, Selby, Thirsk, Whitby, York which come under the local authority of the East Riding of Yorkshire Council.

Combining the whole postcode region, 32% of people in YO41 are classed as having an AB social grade, (i.e. 'white-collar' middle-upper class), compared to 27% across the UK.

This does not mean that the people of YO41 are wealthier - or higher class - than average, but it can be an indication that the area may be prospering and desirable to live in.

8% of people in YO41 are either unemployed or full time students. The average UK unemployment rate is currently 4%.

According to census records, 32% of people here have a social grade of AB (highest), compared to the national average of 27%.

YO41 is located in the county of Yorkshire, in England.

Yorkshire has a total population of 0, making it the largest county in the UK.

Yorkshire has a total area of square miles, and a population density of people per square kilometre. For comparison, Greater London has a density of 5,618 people/km2. 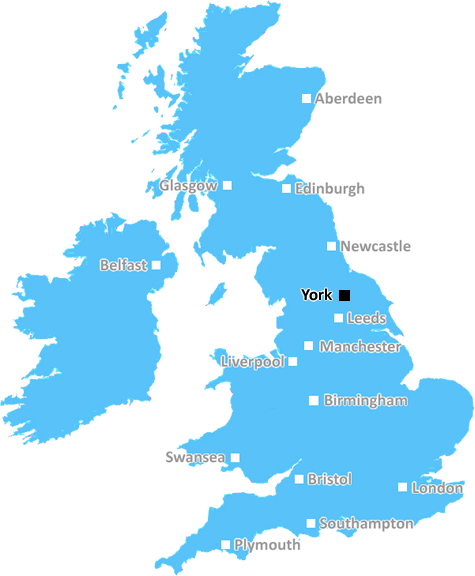 The postal region of YO41, includes the local towns, villages, electoral wards and stations of:

Dig even deeper into the YO41 postcode by clicking on a postcode below:

Click on an outward postal code below for more information about the area. Each 'outward' postcode give you a comprehensive list of all postcodes within the outward code area (YO) and estimated address.

Add your view of YO41

People need your local expertise. If you live in YO41 or have first-hand knowledge of the neighbourhood, please consider sharing your views. It's completely anonymous - all we ask is for your initials.

Coronavirus: which way to wear a face mask?

Across the world, people are being asked to wear face coverings to help stop coronavirus from spreading.

The artwork, reminding people to stay 2m away, lasted for two hours before being claimed by the sea.

The Sunderland-based agency was criticised for only welcoming married heterosexuals as foster carers.

Nathan Lofthouse left the girl in the road in York with a fractured skull and life-changing injuries.

As England captain Joe Root misses the first West Indies Test to be at the birth of his second child, BBC Sport hears more tales from cricketing dads.

Two overseas players will be allowed in County Championship and One-Day Cup teams from the 2021 season.

Coronavirus: When will schools reopen?

Which children are going back to school, and what about the rest?