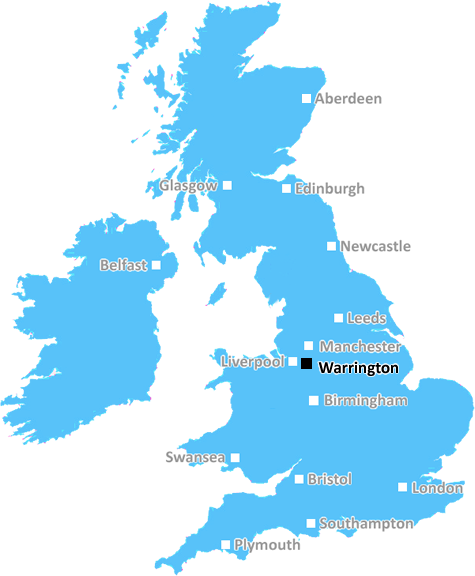 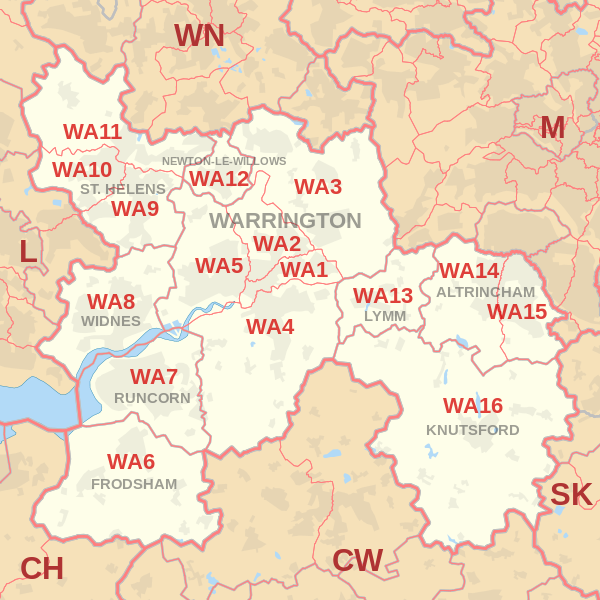 Each 'outward' postcode give you a comprehensive list of all postcodes within the outward code area (WA) and estimated address. 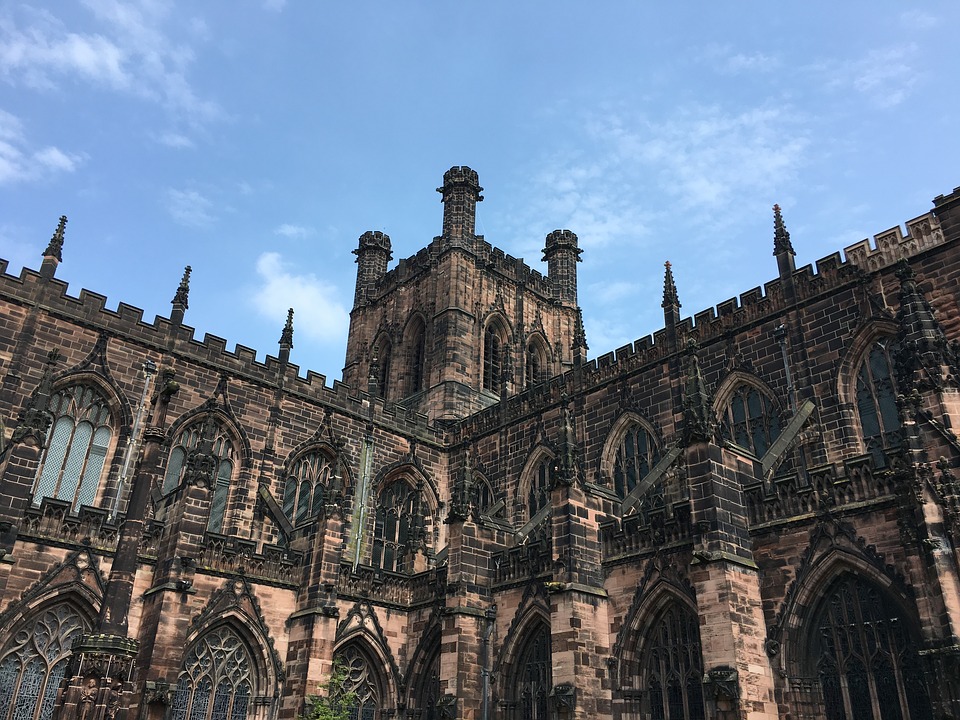 Cheshire is probably most famous now as the 'des res' for the Premiership's best paid footballers but don't let their shocking taste in mock Tudor house put you off this beautiful northern region. Cheshire is a charming, bucolic slice of old rural England filled with green pastures, waterways, historic houses, museums and historic sites dating back to the pre-Roman era.

Cheshire is a ceremonial county and a former principality of North West England. Its county town is Chester and largest town is Warrington. The county is over 2300 square kilometers in size and is bordered by Flintshire and Wrexham to the west, Staffordshire and Shropshire to the south, Derbyshire to the east and Greater Manchester and Merseyside to the north.

Whilst Cheshire has a number of large towns and a population of more than a million people it remains a rural county with numerous small villages made up of black and white 'magpie' houses in idyllic gardens and a thriving farming community. Traditionally it was known as an area that produced woven silk, chemicals, salt and of course, the famous crumbly Cheshire Cheese.

The county town of Chester is one of the finest in Britain, a historic walled city located on the banks of the River Dee, with the famous amphitheatre and the Rows, (amazing old black and white timbered galleried buildings), the Norman Chester Cathedral, and Chester Zoo as well as Britain's oldest racecourse, Chester Racecourse.

Other towns and villages worth seeing include Ellesmere Port, an industrial town built on Manchester Ship Canals and featuring the Boat Musuem, Warrington an ancient town with beautiful buildings and canals, enchanting villages such as Lymm and Grappenhall and the Vale Royal region which features a number of villages set in classic English countryside.

The countryside itself offers thousands of miles of biking and hiking including trails through the conifers of Delamere Forest and the sandstone ridge walks that look out over the Welsh Hills and Dee Valley. An exceptionally beautiful English county.

The Warrington postcode region (WA) contains 16 unique 'outward' codes. Warrington is the main postal town/district for this region, with all postcodes starting with the following outward codes.

There's plenty of local information, guides and useful data to browse and explore, whether you're a Warrington resident or a visitor to the area.

Scroll down to discover all you need to know about the Warrington postcode area.

Please see advice from Banks about preventing fraudsters obtaining your Bank details or you transfering money for someone you think you know.Here is an example of what might happen, you will get a mes…

Please make sure that you secure your vehicle overnight, persons have been seen entering cars in the Walton, Stockton heath and Appleton areas in the early hours of this morning

A house was broken into last night just before midnight (20th) at an address on Cheshire Street in Audlem.Entry was gained via the conservatory and car keys were taken to steal a high value Audi car.P…

A message from PCSO Diana Wiggins 20322:We have recently been made aware of a male and female recently knocking on a residents address in the Northwich area stating they were Police Officers (b…

We have had an increase recently in reports of suspicious behaviour in the Great Boughton area. We are well aware of the issues and we have already made steps to improve the problem areas with increas…