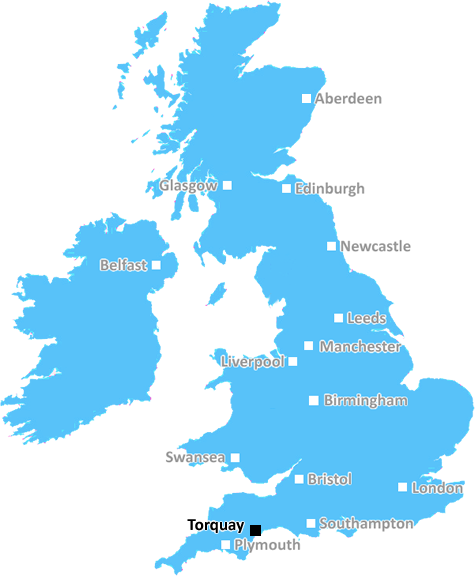 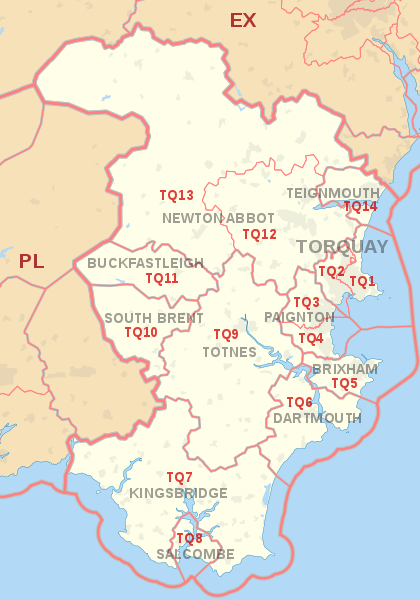 Each 'outward' postcode give you a comprehensive list of all postcodes within the outward code area (TQ) and estimated address. 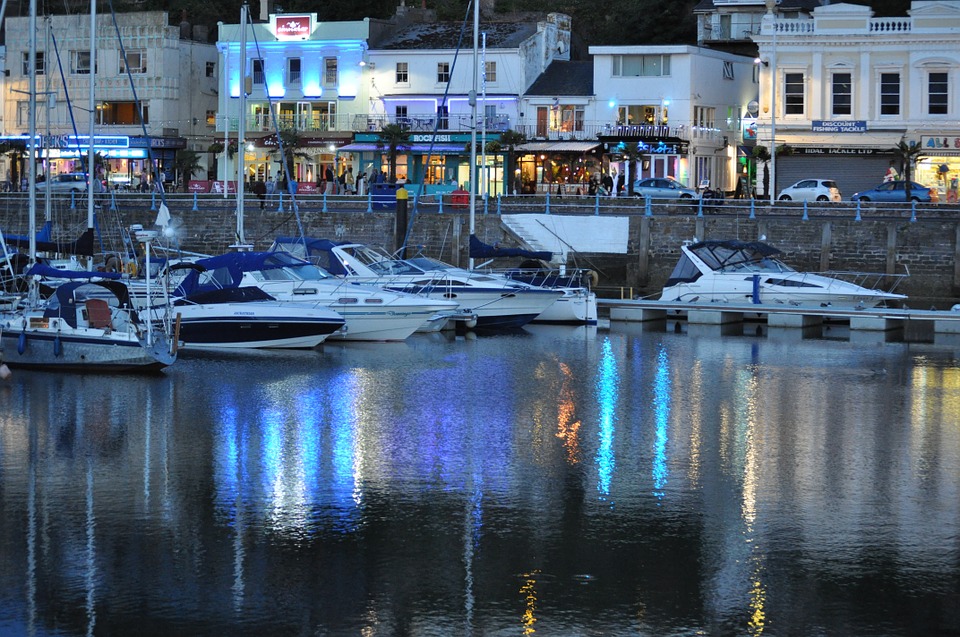 Along with its neighbor Cornwall, Devon seems to be the one region of the UK seemingly designed to appeal to tourists and holidaymakers. Quite apart from the (ever so slightly) Mediterranean climate, Devon has some of Europe's best coastline (for sheer variety) and a magnificent landscape of rolling farmland and fields, steep craggy hills, wild and awe-inspiring moorland as well as the obligatory white sandy beaches and waves made for surfing.

In addition it offers history buffs a wealth of sites from country houses and gardens to dramatic castles and from stately homes to ancient monuments.

Because the county has been inhabited since Paleolithic times there are numerous excavated sites worth visiting. In addition there are stone circles dating back to Celtic times (when the area was known as Dumnonia) and the city of Exeter features a seemingly never-ending supply of reminders of its importance during the Roman occupation.

Towns such as Tavistock and Totnes are also packed with historical sites and there are buildings that have been there since before the Norman Conquest. Also worth a visit are Buckland Abbey (home of Sir Francis Drake) and Buckfast Abbey where monks have been producing both stained glass and tonic wine for hundreds of years.

Of course most people head to Devon for the scenery, to visit the never ending supply of breathtaking views and vistas; from Devon's section of England's only natural UNESCO World Heritage Site, the Jurassic Coast, to miles upon miles of rolling hills, upland forests and rugged stone as well as endless beautiful and rustic farmland.

Most exhilarating of all is Dartmoor National Park, covering 370 square miles and offering some of the most spectacular terrain in the UK if not Europe. From wild moorland to wild ponies, this is a special and unspoiled place and somewhere everyone should visit at least once in their lives.

The Torquay postcode region (TQ) contains 14 unique 'outward' codes. Torquay is the main postal town/district for this region, with all postcodes starting with the following outward codes.

There's plenty of local information, guides and useful data to browse and explore, whether you're a Torquay resident or a visitor to the area.

Scroll down to discover all you need to know about the Torquay postcode area.

Paul Gough, who is now the vice president of Arts University Bournemouth (AUB), recorded his reaction to a viral video drawing parallels between himself and the mystery artist

Owners of one of the last remaining Brixham sailing trawlers receive a renovation grant of 2,000.

Group of youths hurled abuse at teenager outside petrol station

University of Exeter at heart of rock art discoveries

University of Exeter archaeologists are at the forefront of rock art discoveries in Colombia.

Concerns raised over 'nightmare' for pedestrians in the area