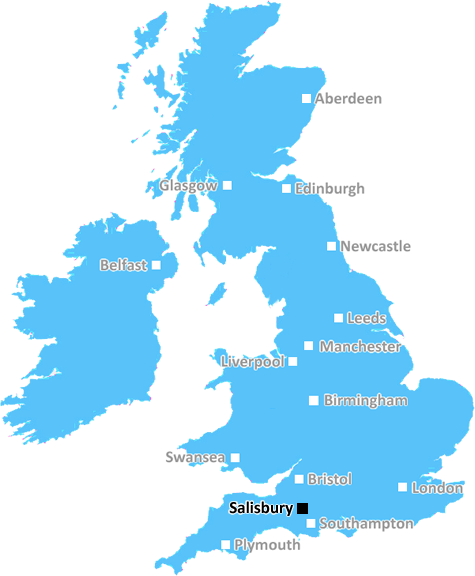 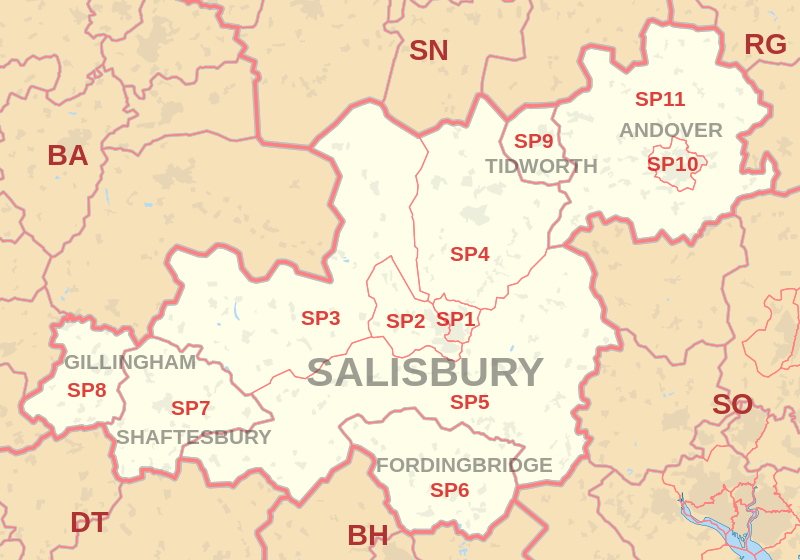 Each 'outward' postcode give you a comprehensive list of all postcodes within the outward code area (SP) and estimated address. 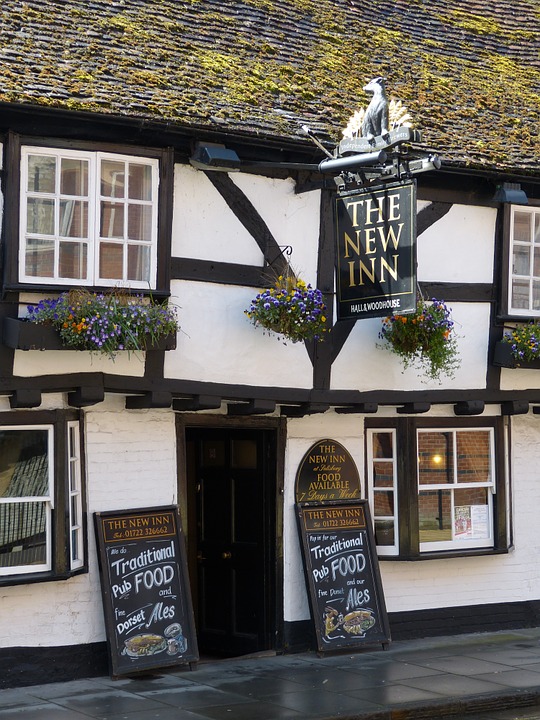 Home to Britain's most famous ancient monuments Wiltshire is a county that is defined by its place in English history. Unlike other counties however, it is the history of thousands of years ago that makes Wiltshire most famous. For amongst Wiltshire's wide-open plains and green hills are hundreds upon hundreds of burial mounds, chalk figures and stone circles (as well as more and more dubious crop circles.)

A good place to start is with the hugely impressive Iron Age Hillfort of Old Sarum, on the site of the original Salisbury City. This fort was used by everyone from the Romans to the Saxons to the Normans and then grew out to become one of the busiest and most successful settlements in the medieval era.

To this day Salisbury is still impressive, its fantastic cathedral boasting the tallest spire in England. In addition the city seems to be positively bursting with history, having not one but four original copies of the magna carta and the world's oldest working clock, as well as countless elegant historic buildings. People also use it as a base to go off and explore the other top box office destination in Wiltshire, Stonehenge. Stonehenge is one of the most famous historic sites in the world, a complex of earthworks surrounding a circle of large standing stones, built around 2500 BC and the center of a wide ranging complex of Bronze and Neolithic Age monuments as well as numerous burial mounds.

One of Britain's largest Stone Age burial mounds, for example, can be found nearby at Longbarrow in Kennet. Similarly at Avebury, 20 miles north of Stonehenge is the Avebury Ring, the oldest stone ring in existence anywhere in the world (older than Stonehenge) and one of the greatest achievements of prehistoric Europe.

Other sites worth seeing include the eight white horses carved into hillsides in the surrounding countryside and part of the White Horse Trail. There are beautiful walks all over the county that pass by the historic sites and they are amongst the best in Britain. With much of the county being designated an Area of Outstanding Natural Beauty and with mystical monuments and symbols everywhere you turn, Wiltshire truly is an intriguing and picturesque county.

The Salisbury postcode region (SP) contains 11 unique 'outward' codes. Salisbury is the main postal town/district for this region, with all postcodes starting with the following outward codes.

There's plenty of local information, guides and useful data to browse and explore, whether you're a Salisbury resident or a visitor to the area.

Scroll down to discover all you need to know about the Salisbury postcode area.

What does Wiltshire Police need to do to engage better with your community?How can the Police & Crime Commissioner make sure there are more officers on the front line?What can the Police &…

Port Vale have goalkeeper Lucas Covolan sent off at the end of the first half as they lose at home to Swindon in League Two.

Jamie Vincent, who played more than 500 games for nine EFL clubs, dies at the age of 46.

Livestock worrying is a significant and increasing issue for our farmers across Wiltshire. It occurs if a dog is not kept under proper control and is dangerous. Generally a dog is regarded as not bein…

Consultation on anti-social behaviour in the Downton area (Wiltshire Police)

With antisocial behaviour and criminal damage causing concern to many residents in the Downton area, Salisbury Community Policing Team will be holding consultations outside the Downton Co-Op as follow…