The RH8 postcode area is located in the Redhill postcode town region, within the county of Surrey, and contains a total of 614 individual postcodes.

Combining the whole postcode region, 37% of people in RH8 are classed as having an AB social grade, (i.e. 'white-collar' middle-upper class), compared to 27% across the UK.

This does not mean that the people of RH8 are wealthier - or higher class - than average, but it can be an indication that the area may be prospering and desirable to live in.

8% of people in RH8 are either unemployed or full time students. The average UK unemployment rate is currently 4%.

According to census records, 37% of people here have a social grade of AB (highest), compared to the national average of 27%.

RH8 is located in the county of Surrey, in England.

Surrey has a total area of 642 square miles, and a population density of 707 people per square kilometre. For comparison, Greater London has a density of 5,618 people/km2. 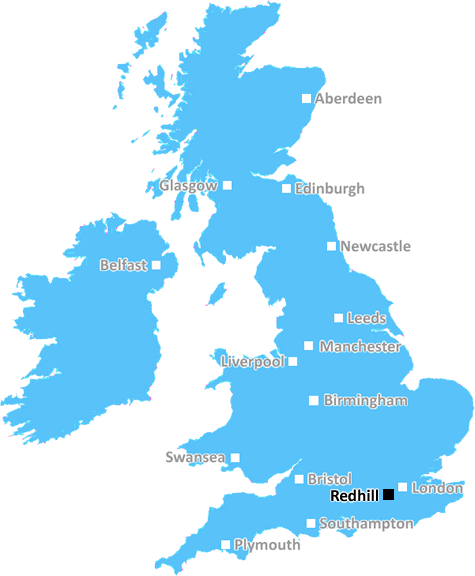 The postal region of RH8, includes the local towns, villages, electoral wards and stations of:

Dig even deeper into the RH8 postcode by clicking on a postcode below:

Click on an outward postal code below for more information about the area. Each 'outward' postcode give you a comprehensive list of all postcodes within the outward code area (RH) and estimated address.

Add your view of RH8

People need your local expertise. If you live in RH8 or have first-hand knowledge of the neighbourhood, please consider sharing your views. It's completely anonymous - all we ask is for your initials.

Across the UK 102 new deaths have been recorded

Businesses across England are giving out meal packages to those in need as the government refuses to budge.

Surrey County Council's proposals will see it pull out of hosting the RideLondon 100-mile sportive.

Surrey Police is urging anyone who recognises him to come forward

Child dragged off parent's lap by hair in 'isolated incident'