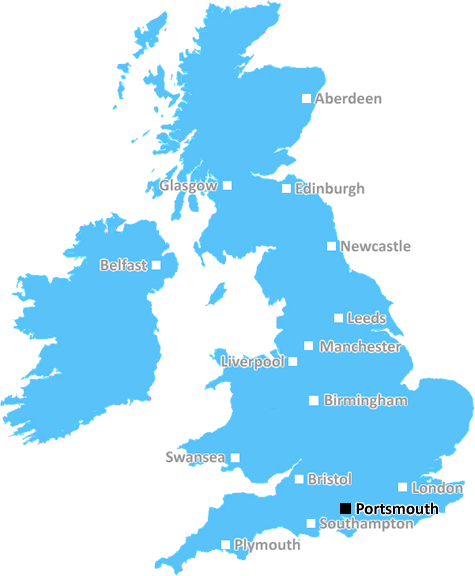 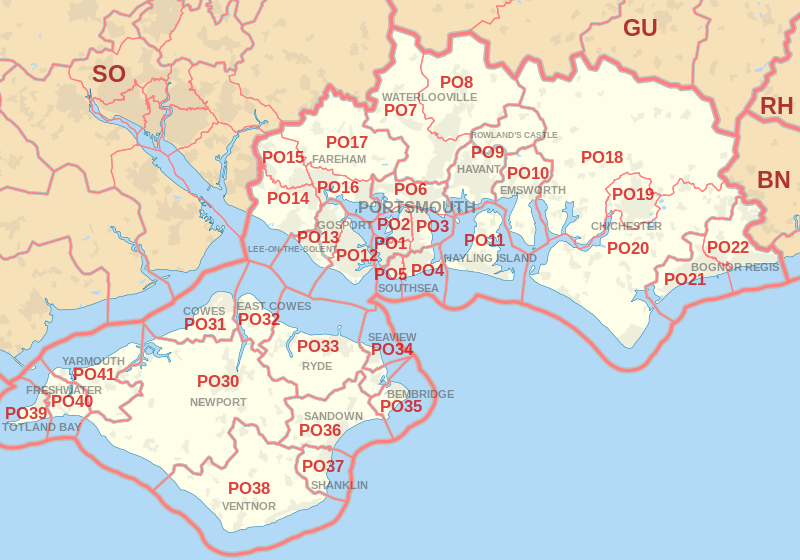 Each 'outward' postcode give you a comprehensive list of all postcodes within the outward code area (PO) and estimated address. 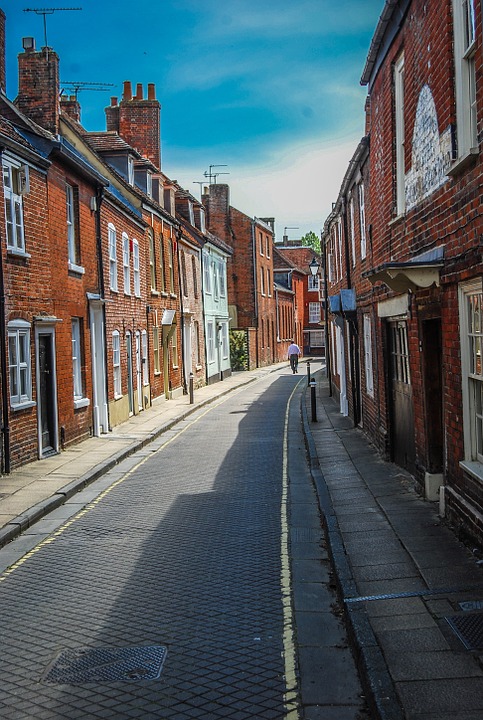 The rolling chalk downs and lush agricultural valleys that have inspired so much great English literature still loom large over the county of Hampshire and still attract hikers and bikers, walkers and tourists to the region to this day. But Hampshire offers so much more than its downs, from the stunning cathedral city of Winchester to the world famous woodlands and heaths of the ancient New Forest. Sat on the south coast, Hampshire is also famous as being the birthplace of the Royal Navy and the maritime history of Portsmouth and Southampton is also one of the highlights of the region.

Indeed history is everywhere across the county, Hampshire having been attracting visitors to its chalk down lands since before the Neolithic era (as evidenced by the numerous forts such as the one at Winklebury.) It has also been invaded by the Romans, the Jutes, the Saxons and the Normans.

After the Norman conquest the county became popular with the Norman Kings who declared the New Forest a hunting forest. From the 12th century onwards the ports grew in importance and fishing and shipbuilding joined the already established wool and cloth trades as the chief economies of the county. As such there are hundreds of historic sites to visit, particularly the castles and forts constructed over the centuries to defend the Solent region.

These include the Roman built Portchester Castle, watching over Portsmouth harbor, and forts built by Henry VIII such as Netley Castle, Calshot Castle, and Hurst Castle at the mouth of the Solent. Other historic sites include Southampton docks, which have welcomed ships from the Mayflower to the Titanic, and the Royal Navy Harbour at Portsmouth.

Ultimately though, people come to Hampshire for the incredible variety of attractions and scenery, from the seaside resorts, the national parks of the South Downs and the New Forest, the wonderful motor museum at Beaulieu, and the stunning cathedral at Winchester. From Southsea Castle to the Isle of Wight, Hampshire has simply too much to see!

The Portsmouth postcode region (PO) contains 34 unique 'outward' codes. Portsmouth is the main postal town/district for this region, with all postcodes starting with the following outward codes.

There's plenty of local information, guides and useful data to browse and explore, whether you're a Portsmouth resident or a visitor to the area.

Scroll down to discover all you need to know about the Portsmouth postcode area.

A NEW exhibition and trail at Mottisfont House is using a bestselling biography series to help children discover some of the world's most outstanding people.

WARM tributes were paid to the Queen's former press secretary Ron Allison at his thanksgiving service.

AN unattended bonfire was stopped from spreading in the earlyhours of Sunday morning, near Romsey.

A DANCE charity that aims to make dance accessible to all has been updating its knowledge on how to be inclusive to all genders.

SIX Winchestercafes andfour Romsey cafeshave been nominated to the final ofCafe of the Year, organised by the Hampshire Chronicle and Romsey Advertiser.

It's like an oven': Life in Britain's hottest neighbourhoods

Exclusive BBC analysis shows that millions of people live in heat hotspots, and deprived areas are those most affected.

Photos show a drought-hit Winchester from the air

WHEN looking for a bird's eye view of the city, there can be no better place than being in a hot air balloon.

Hampshire dentists: Fed up patients waiting for up to two years for dentist appointments

GAPING holes in dentistry care in Hampshire have been exposed by new research, prompting fresh calls for investment from fed up people in need of urgent treatment.