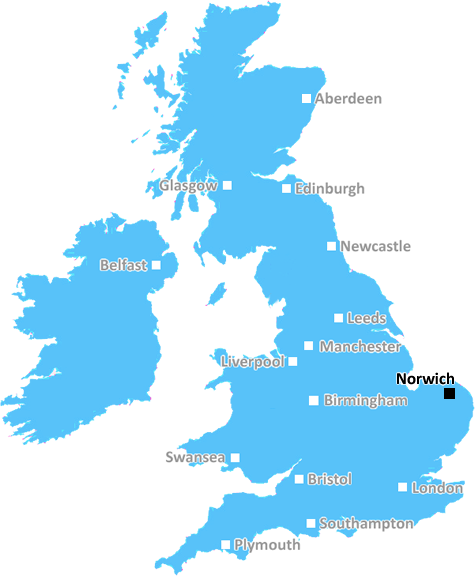 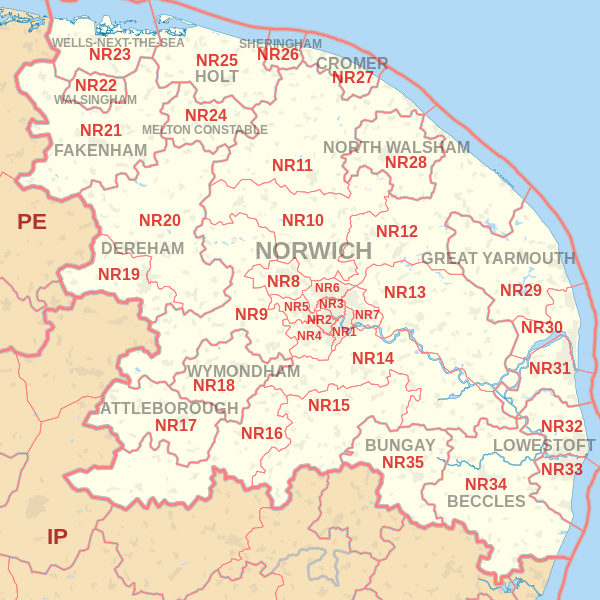 Each 'outward' postcode give you a comprehensive list of all postcodes within the outward code area (NR) and estimated address. 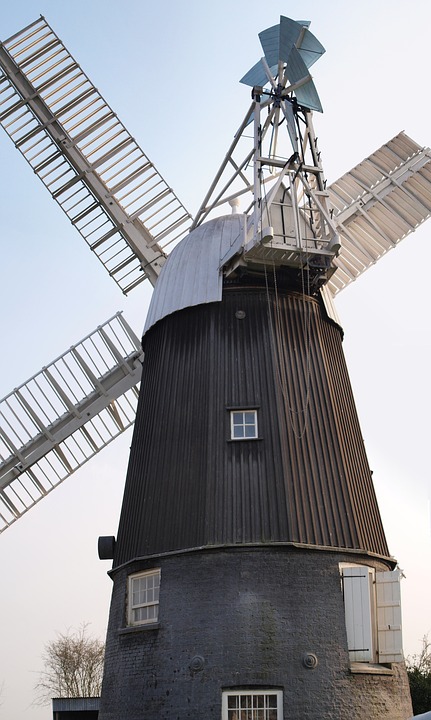 Norfolk is a piece of land that is all about water. Casting a net over a wide coastal corner of eastern England, Norfolk is a county of rivers, streams, lakes and waterways as well as, of course, the famous Norfolk Broads. Holidaymakers come in their thousands and yet it still remains one of the most peaceful and tranquil regions of the UK. Perhaps this is because the holidaymakers that come to Norfolk do so for quiet pursuits such as boating holidays or canoeing, bird watching or hiking, none of which are very noisy activities.

Norfolk has been inhabited for thousands of years, from the Icenie tribe in the first century BC to the Roman invasion of 47AD to Boudica's rebellion in 60AD and back to the Romans. The Romans, always useful invaders, laid down roads and ports throughout the county as well as forts and to this day there are some fantastic ancient sites worth visiting. Norfolk also went on to become the independent kingdom of East Anglia. It is packed full of historic buildings and some of the best can be found in the monuments and crooked streets of the historic city of Norwich.

However, with respect to the historic sites and cities, and even the fantastic seaside resorts, as well as some of the finest British beaches, (at Holkham Bay, Cromer, Waxham and Great Yarmouth), most people come to Norfolk for the stunning Broads and the areas of outstanding natural beauty, with Norfolk often seeming like one big nature reserve. From marshes and peatland to incredible wildlife and flora and fauna, Norfolk is stunning. The Norfolk Broads, though actually man-made, are the UK's most important and diverse wetlands habitat welcoming enormous migratory and native bird populations (as well as researchers and bird watchers) from all over the world. In 1989 the area was given National Park status.

The Norwich postcode region (NR) contains 34 unique 'outward' codes. Norwich is the main postal town/district for this region, with all postcodes starting with the following outward codes.

There's plenty of local information, guides and useful data to browse and explore, whether you're a Norwich resident or a visitor to the area.

Scroll down to discover all you need to know about the Norwich postcode area.

Police say they are taking the reports "extremely seriously" and urged people to be vigilant.

COP26: East Anglia 'a lot to win, a lot to lose' at climate summit

The driest region in UK is the most at risk to global warming but also well-placed to effect change.

Covid: Why are UK cases so high?

The UK has higher infections than most of its neighbours, as scientists fear a difficult winter.

Covid: When can I get my Covid booster jab?

More than five million people in England have been offered a booster jab.

Millions of tonnes of sand were shifted to part of the Norfolk coast - have they held back the sea?

The dads, who have all lost daughters to suicide, have raised more than 460,000 including celebrity donations.