The L8 postcode area is located in the Liverpool postcode town region, within the county of Merseyside, and contains a total of 920 individual postcodes.

There are 2 electoral wards in the L8 postcode area, including Bootle, Liverpool, Ormskirk, Prescot which come under the local authority of the Liverpool Council.

Combining the whole postcode region, 16% of people in L8 are classed as having an AB social grade, (i.e. 'white-collar' middle-upper class), compared to 27% across the UK.

This does not mean that the people of L8 are poorer than other areas, but it may give an indication that there are areas of deprivation.

35% of people in L8 are either unemployed or full time students. The average UK unemployment rate is currently 4%.

According to census records, 16% of people here have a social grade of AB (highest), compared to the national average of 27%.

L8 is located in the county of Merseyside, in England.

Merseyside has a total population of 1,406,400, making it the 9th largest county in the UK.

Merseyside has a total area of 250 square miles, and a population density of 2174 people per square kilometre. For comparison, Greater London has a density of 5,618 people/km2. 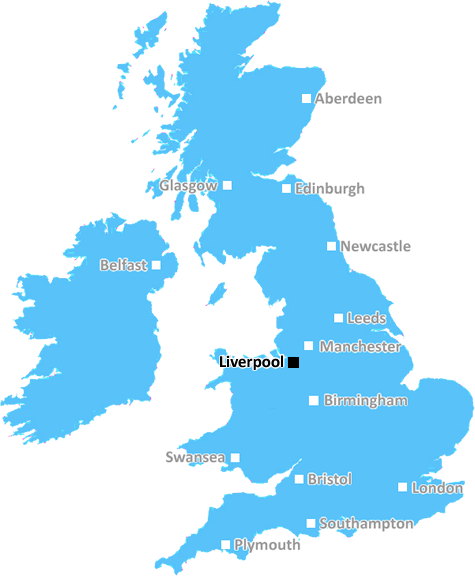 The postal region of L8, includes the local towns, villages, electoral wards and stations of:

Dig even deeper into the L8 postcode by clicking on a postcode below:

Click on an outward postal code below for more information about the area. Each 'outward' postcode give you a comprehensive list of all postcodes within the outward code area (L) and estimated address.

Add your view of L8

People need your local expertise. If you live in L8 or have first-hand knowledge of the neighbourhood, please consider sharing your views. It's completely anonymous - all we ask is for your initials.

The coronavirus lockdown has left Chester Zoo facing a 24m debt by the end of 2020, its boss says.

Coronavirus: What are social distancing and self-isolation rules?

You can now meet more people and play certain non-contact sports in the UK - but what are they?

Blind social distancing 'knocks you back a bit'

A visually-impaired man says dealing with the guidelines is having a "major impact" on his life.

Wales is the latest part of the UK to launch a tracing system, but how do they work?

Social distancing: A practical guide to how to socialise now

Meeting friends? Here's how to handle the awkward new rules - from sharing food to avoiding hugs.

A local food bank later helped replace the food for the vulnerable victim, who uses a walking frame.