The LA14 postcode area is located in the Lancaster postcode town region, within the county of Cumbria, and contains a total of 1495 individual postcodes.

Combining the whole postcode region, 16% of people in LA14 are classed as having an AB social grade, (i.e. 'white-collar' middle-upper class), compared to 27% across the UK.

This does not mean that the people of LA14 are poorer than other areas, but it may give an indication that there are areas of deprivation.

11% of people in LA14 are either unemployed or full time students. The average UK unemployment rate is currently 4%.

According to census records, 16% of people here have a social grade of AB (highest), compared to the national average of 27%.

LA14 is located in the county of Cumbria, in England. 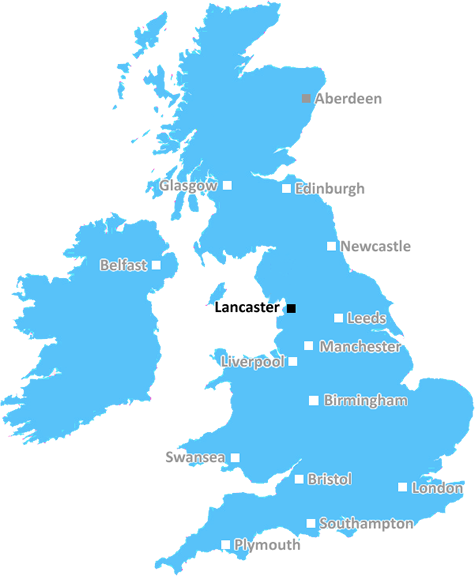 The postal region of LA14, includes the local towns, villages, electoral wards and stations of:

Dig even deeper into the LA14 postcode by clicking on a postcode below:

Add your view of LA14

People need your local expertise. If you live in LA14 or have first-hand knowledge of the neighbourhood, please consider sharing your views. It's completely anonymous - all we ask is for your initials.

Are you signed up for our job alerts (Lancashire Constabulary)

Hi,Just a short reminder that from this Sunday (24th May 2020) you will no longer hear about job vacancies and recruitment news on this platform. Make sure you are the first to know about our…

A missing man whose body was found in the sea in Cumbria died accidentally, a coroner has ruled.

Dear Sir or madam Tonight the NPT have been out on patrol during EID. We have also attended incidents of motorbike nuisance in the Great Harwood area. As a result of this we have detained a male and t…

Dear Sir or madamThis message has been sent on behalf on Pendle CouncilPeople in Pendle may be asked to wear face masks or face coverings  when travelling in Pendle taxis.Councillor Mohamme…

A major operation has been launched in Lancashire to target speeding on the county’s road network.The majority of people within the county are staying at home and, if they need to go out, are …

Millions in the UK will soon be asked to monitor who they have been near to combat coronavirus.

"As soon as we believe it is safe we will inform schools," Lancashire's public health director says.

Coronavirus: What are social distancing and self-isolation rules?

Guidelines to social contact are starting to change across the UK.