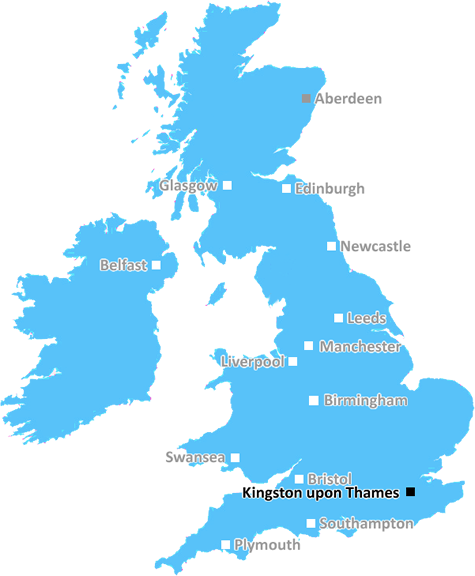 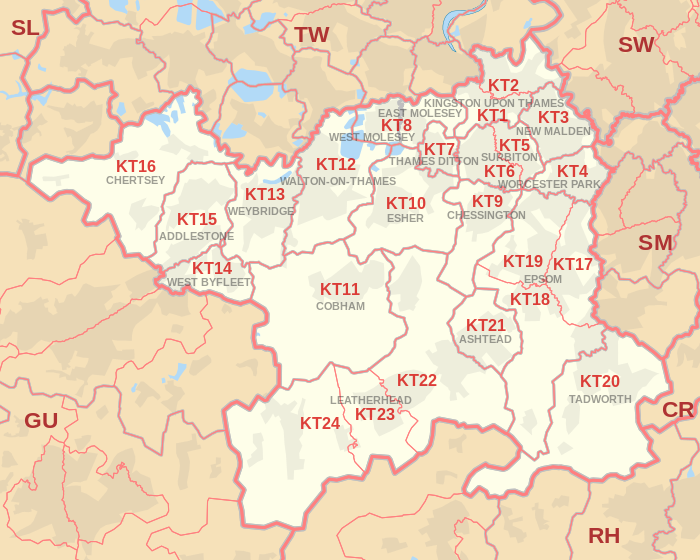 Each 'outward' postcode give you a comprehensive list of all postcodes within the outward code area (KT) and estimated address. 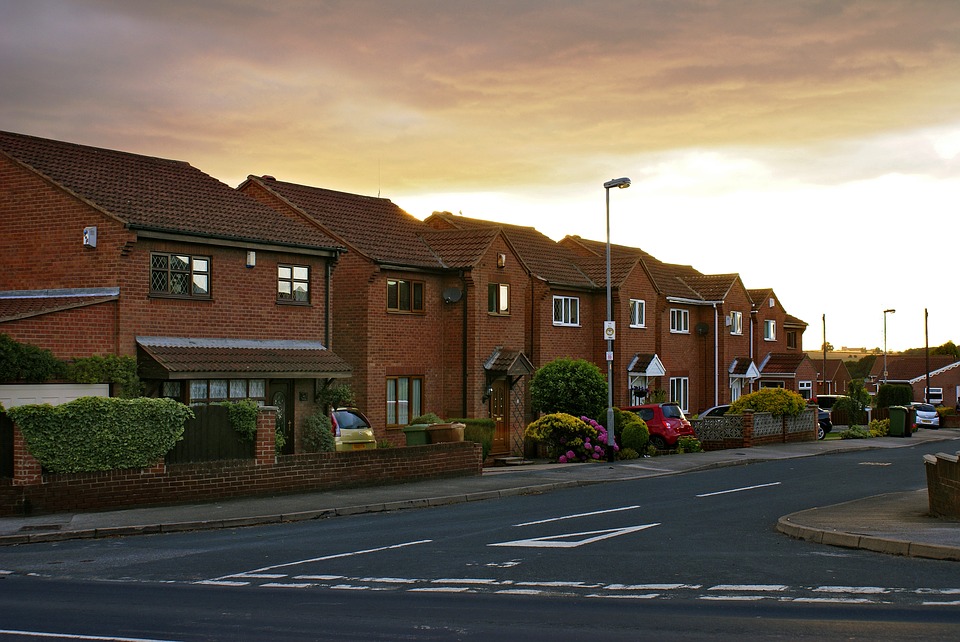 It is easy to think of Surrey as simply a rich suburb of London for wealthy commuters to spend their bonuses. But that would be to ignore some of the magnificent landscapes and important historical sites that lie at the heart of Surrey.

The Surrey Hills, for example, are quite beautiful and have been declared an Area of Outstanding Natural beauty whose lush valleys have inspired musicians, writers and artists for hundreds of years. Dotted around the hills are numerous charming and historic market towns with bustling markets and shops and a wealth of old English heritage.

From Runnymede Meadow in Egham and the Magna Carta Memorial (where King John met up with the 25 barons and signed possibly the most famous document in history) to the gorgeous county town of Farnham with some of southern England's finest Georgian architecture and a castle dating back to the 12th century, to Dorking, birthplace of composer Vaughn Williams and hundreds of other villages and towns, there are plenty of picturesque historic spots across Surrey. Most famous of all is Hampton Court Palace, built for Cardinal Wolsey by Henry VIII in 1514 and one of the most famous buildings in all of England. Similarly, the Royal Botanic Kew Gardens (the world's leading botanic gardens) are also impossible to avoid and one of the UK's most recognizable attractions.

Getting out and about there are famous sporting arenas such as the Oval for the cricket or Epsom for the racing. And for walkers and ramblers, bikers and hikers there are the Greensand Hills and the epic chalk hills of the North Downs Way and something approaching 6,500 acres of countryside to explore, including trails that run along the rivers Wey, Thames and Mole.

Lastly, for daytime entertainment of a different kind there is Chessington World of Adventures and for laid back nightlife there are the numerous bars and clubs of Guildford.

This page contains a list of postcodes for Kingston Upon Thames area. Select a postcode to see the map location, demographics, house prices, local information, tourist guides and statistics:

There's plenty of local information, guides and useful data to browse and explore, whether you're a Kingston Upon Thames resident or a visitor to the area.

Scroll down to discover all you need to know about the Kingston Upon Thames postcode area.

We'd like to introduce you to the next generation of Police Dogs..Three Springer Spaniels, who are the first of their kind to be bred by Surrey and Sussex Police were born in late November and a…

We are continuing to appeal for witnesses following a collision on the M3 last night (12 January).Officers were called between Junction 2 and Junction 3 near Longcross Road Bridge at around 8:20pm y…

The six companies in the south east of England say billions of pounds of investment is needed.

On the freezing evening of the 5th January, Police received a call from a concerned family member that their elderly mother had gone out to walk the dog and had not returned in the Ottershaw area.Th…

It is alleged he worked with a dark web drugs supplier

Should the TV licence be scrapped? Many Surrey residents think so

The licence fee is set to be frozen for two years

We would like to speak to the female owner of a large black dog, possibly a German Shepherd or Bernese Mountain dog, after a walker was bitten on the thigh at Chertsey Meads in the field nea…