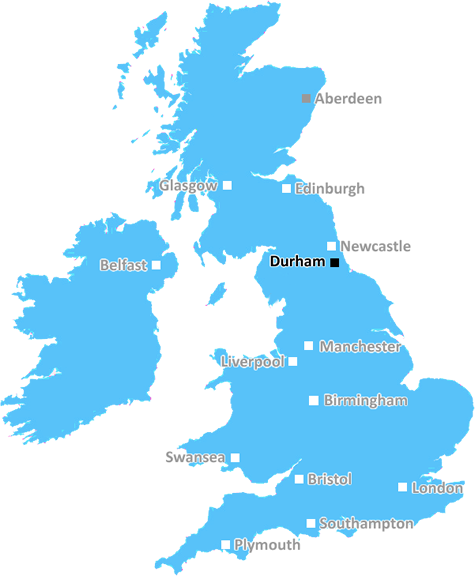 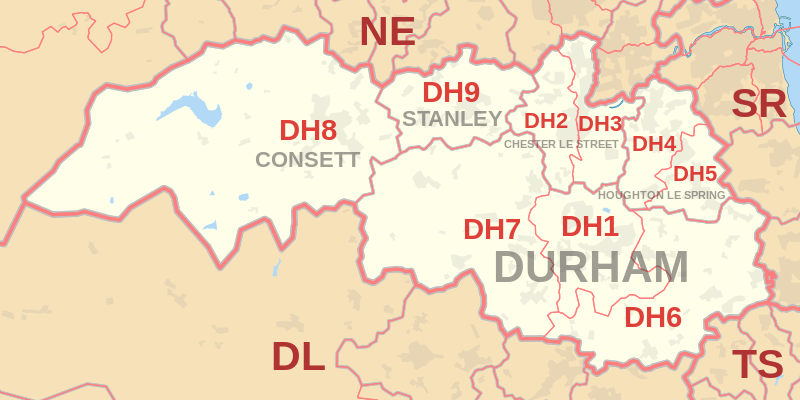 Each 'outward' postcode give you a comprehensive list of all postcodes within the outward code area (DH) and estimated address. 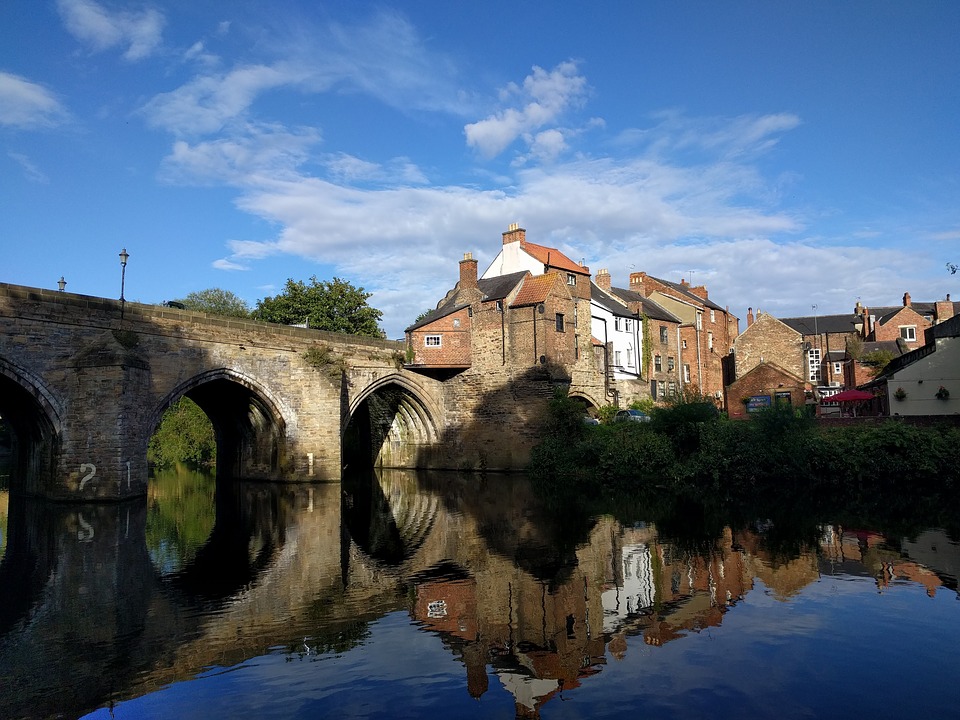 Whilst Durham town is a well deserving highlight of County Durham, it is by no means the only reason to visit. County Durham is an unspoiled northern county, defined by the calm ochre uplands of Teesdale and the empty but inspiring northern Pennines. A county of charming, gentle villages and bustling independent market towns, rich in produce and rich in history.

It is a county with an industrial heritage and its economy used to be almost completely based around iron and coal. Now however, it is a popular tourist destination with a World Heritage Site (Durham Castle and Cathedral) at its heart. Stretching from the North Sea Coast in the east to the North Pennines in the west, the county of Durham is bordered by Northumberland, Cumbria, Yorkshire and Tyne and Wear.

Historically, County Durham was a liberty under the control of the Bishops of Durham - in 883 a Cathedral (containing the remains of St Cuthbert) was established at Chester-le-Street. In 995 the see was moved to Durham. In the 12th century Durham was part of the shire of Northumberland and in the 14th century it was declared a liberty.

Durham City is one of the finest in the UK and Durham Cathedral is over 900 years old and a world heritage site and the best example of Norman church architecture in the UK, featuring rounded arches and spectacular columns.

Further out there is the Derwent Walk that follows the former railway through the Derwent Valley and of course the North Pennines Area of Outstanding Natural Beauty and the Pennine Way National Trail, some of the UK's finest trails, landscapes and views.

The Durham postcode region (DH) contains 9 unique 'outward' codes. Durham is the main postal town/district for this region, with all postcodes starting with the following outward codes.

There's plenty of local information, guides and useful data to browse and explore, whether you're a Durham resident or a visitor to the area.

Scroll down to discover all you need to know about the Durham postcode area.

Inside the two-bedroom Hartlepool home for sale at 29,950

A FAMILY home described as "too good to be true" has gone on the market for the price of 29,950.

ACCORDING to FIFA's rankings, Belgium are currently the best team in the world. The challenge facing Roberto Martinez's side over the next four weeks is to prove they are the cream of the European cro…

A PREDATORY paedophile has been jailed after luring a young girl to a farm shed and raping her. John North, of Church Lane, Northallerton, was sentenced at Durham Crown Court yesterday for historic se…

TWIN calves have hit the nationals by having their births announced in The Times newspaper.

A LECTURER has received a MBE, as part of the Queen's birthday honours.

A BODY has been discovered in undergrowth near a school.

Thornaby murder accused to appear in court on Monday

A WOMAN has been charged with murder after the discovery of a body at a house in Teesside, on Thursday.

These young football stars should shine at Euro 2020

In every major tournament, there is a batch of young players who burst onto the scene and emerge as stars of the show. Here are eight youngsters who could be breakthrough stars of Euro 2020