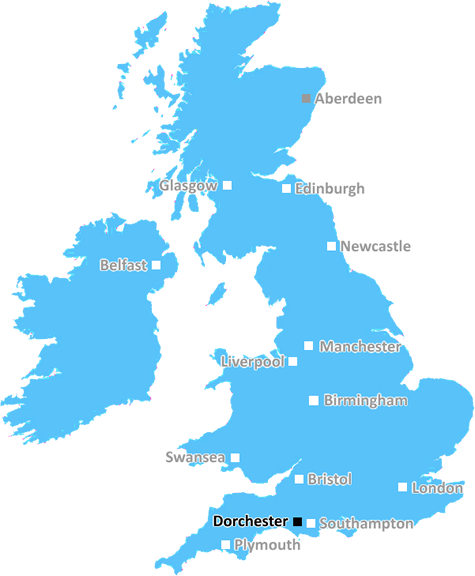 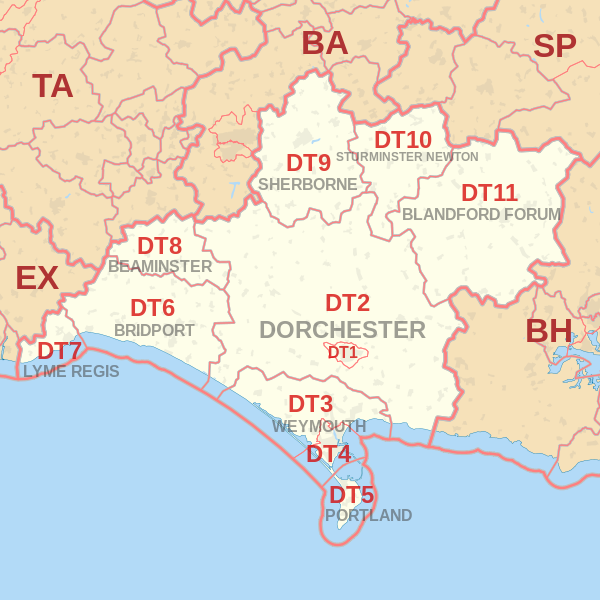 Each 'outward' postcode give you a comprehensive list of all postcodes within the outward code area (DT) and estimated address. 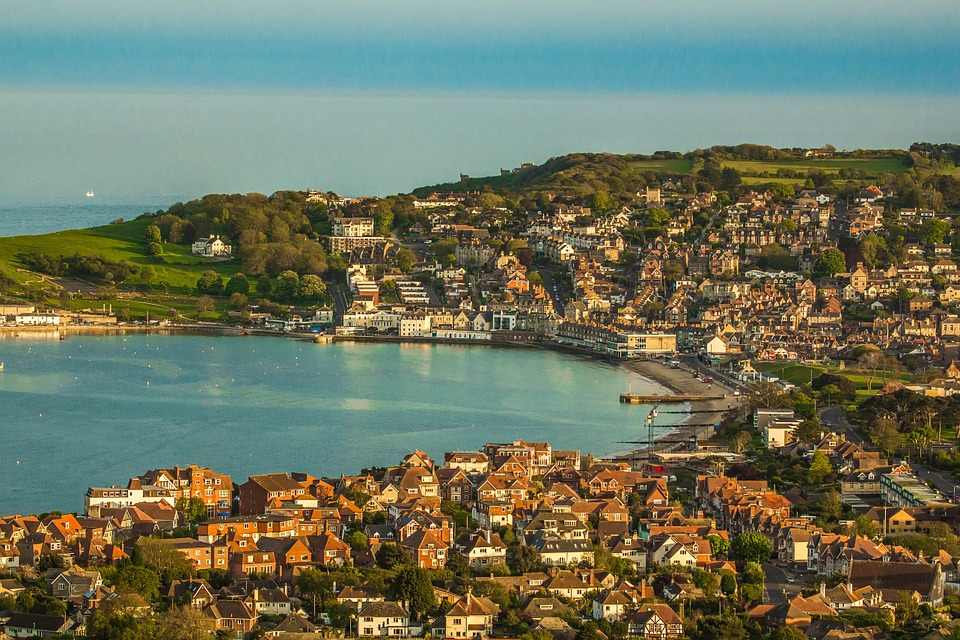 Long known as 'Thomas Hardy country' Dorset has everything from literary trails to Iron Age settlements, old-fashioned seaside resorts to beautiful Jurassic Coastline. Featuring a number of Blue Flag white sand beaches and ease of access from London, Dorset is popular in the UK for quick weekend trips to the sea.

But it is not just a county built around its coastline. Inland it also offers some quintessentially English landscapes, crossed by the chalk ranges of the South Dorset and North Dorset downs, agriculturally fertile valleys in Frome, Stour and the Vale of Blackmore and the famous marble quarries of Purbeck and Portland.

Inhabited since at least 8000BC Dorset's high chalk hills have offered defensive settlements for thousands of years and there are Neolithic and Bronze Age Settlements at almost every turn. In addition there are numerous Iron Age Hill Forts, with Maiden Castle being the most famous and well worth a visit.

The elegant and charming town of Dorchester is built on endless Roman remains and artefacts and there are some excellent sites and museums there. Also worth seeing are the ruins of Corfe Castle and historic sites at Athelhampton and Cranborne Manor and Gardens, as well as Sherbourne Castle, home of Sir Walter Raleigh.

For those looking for something a bit more relaxing, Bournemouth has been dealing in 'laid back' for over two hundred years now. The writer Augustus Granville included Bournemouth in his Book of Spas in 1841 and ever since tourists have been flocking there for the 'medicinal air,' beautiful beaches, stunning gardens and temperate climate.

Now a curious combination of art deco calm, bohemian cafes and numerous old people's homes, it is certainly laid back! For something less sedate, most people head out along the 95 miles of spectacular, untouched coastline, known as the 'Jurassic Coast' for its incomparable selection of Jurassic, Triassic and Cretaceous fossils and now the UK's only natural UNESCO World Heritage site.

The Dorchester postcode region (DT) contains 11 unique 'outward' codes. Dorchester is the main postal town/district for this region, with all postcodes starting with the following outward codes.

There's plenty of local information, guides and useful data to browse and explore, whether you're a Dorchester resident or a visitor to the area.

Scroll down to discover all you need to know about the Dorchester postcode area.

Lesley Dunn listened to The One and Only singer while fundraising for Dorset Monkey World chimp Bart.

The trial will look into the best interval between the first and second Covid-19 vaccine doses.

UK heatwave: How do temperatures compare with 1976?

People have been comparing the current temperatures with 1976 heatwave. What does the evidence show?

How hot is it where you are?

Compare the temperature in your area to other locations in the UK and around the world.

Five hectares of heath was destroyed in the fire which was caused by a BBQ, a fire service says.

More than a dozen giant artworks have been commissioned at 10 locations in Weymouth.

Two people arrested on suspicion of murder have been released, police have confirmed.